0
was successfully added to your cart.

The Hamilton Park Conservancy is managed by its Board of Trustees who volunteer their time to carry out its mission.

Robert Colon is Founding Partner of Legacy Care Wealth LLC, a family-owned and operated financial planning firm, and Legacy Care Tax, LLC which offers accounting, tax preparation and bookkeeping services, based in Jersey City.
Prior to founding Legacy Care Wealth and Legacy Care Tax, he held the position of Vice-President of Wealth Management for an independent wealth management practice managing over $70 Million of client assets. Robert has attained the designation of Certified Financial Planner (CFP), and Accredited Domestic Partner Advisor (ADPA), and he is an enrolled agent with the IRS. He holds a Bachelor of Arts degree with dual concentrations in Physics and Political Science from Bucknell University, and resides in Hamilton Park.

Paul Silverman is a local real estate developer and principal of SILVERMAN. As the company’s tagline, Building Neighborhoods suggests, SILVERMAN, goes beyond innovative projects and quality construction. Giving back to the community is just as important to brothers Eric and Paul as developing the buildings that house residents, retailers, schools, and companies. Paul is actively involved with many civic and non-profit organizations. Read more at SILVERMANbuilding.com.

Jocelyn Cruz is a second generation Filipino born and raised in Brooklyn, New York and has been a resident of Jersey City since 2008. Her career has always focused on assisting others in a community setting to make a positive impact. She has served as a Homeless Shelter Health Clinic Administrator, and in high schools as Health Teacher, Advisor, and Tennis and Fencing coach. Her current position, since 2007, is Senior Manager of Schools and Community Tennis and Regional Manager for the United States Tennis Association, Eastern Section. While living in Brooklyn she organized an advocacy group for a local park, and in Jersey City she served as a Trustee of the HPNA. Jocelyn received a B.S for Health Education from Hunter College and a M.P.A. in Non-Profit Management from Baruch College.

Sawyer Smith is founder and president of Sawyer Smith Residential Brokerage in Jersey City, New Jersey. Known for his patience, entrepreneurial spirit and creative marketing, Smith worked with Silverman as Director of Sales and Marketing for nearly a decade, helping Jersey City become a premier place to live in the New York Metro region. 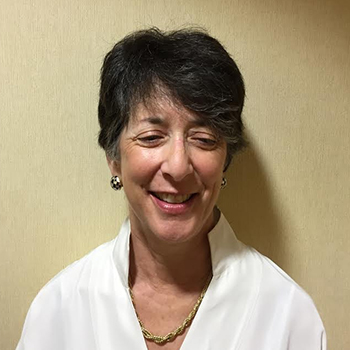 Patricia Rosenberg, an enthusiastic user and supporter of Hamilton Park, is an attorney with the law firm of Kraemer Burns, P.A. in Springfield New Jersey. Ms. Rosenberg brings to the Conservancy her experience representing developers in Jersey City. Ms. Rosenberg’s admiration for the Hamilton Park neighborhood has developed from years of watching the neighborhood grow and seeing its inherent beauty revealed. Theodore Hoerr is the founder of Terrain Work, a NYC-based landscape architecture and urban design firm. His professional and academic work explores how landscapes' innate ability to change can create new emergent forms and experiences synthesizing culture, nature, and the built environment. He has led the design of a diverse range of projects in five continents from large-scale urban strategies reshaping the future of cities to small-scale gardens emphasizing the craft of building. Theodore currently teaches in the Department of Landscape Architecture at the Rhode Island School of Design. 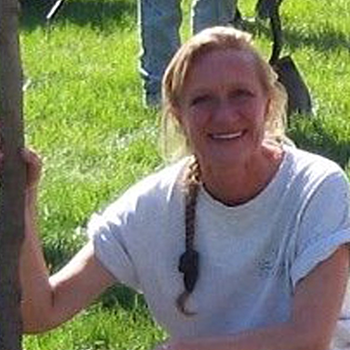 Lisa Simms has been the Executive Director of the New Jersey Tree Foundation since its inception in 1997. She develops and directs all the Foundation programs and projects, and runs the Green Streets Program which hires men under parole supervision as a tree planting crew. Ms. Simms provides technical assistance and educational programs to other forestry groups, educators and community organizations. Her other duties include staff oversight, budgeting, grant writing and program administration. Prior to directing the NJ Tree Foundation, Ms. Simms was the Greening Program Director for the Greater Newark Conservancy. She coordinated all aspects of the Vacant Lot Revitalization Program, the Flower Blocks Program and Urban Forestry Project. Ms. Simms has a Bachelor of Science degree from Cook College, Rutgers University, New Brunswick and is the recipient of many awards including the Arbor Day Award from the National Arbor Day Foundation, the Joyce Kilmer Award and the Green Community Achievement Award from the NJ Forest Service.

The success of Hamilton Park Conservancy relies on the support and dedication of the vibrant community which is its home.  The Park is host of a multitude of activities and events held by the various neighborhood groups.